Looking for the schedule for Bus 432 to the New Silver Line?? 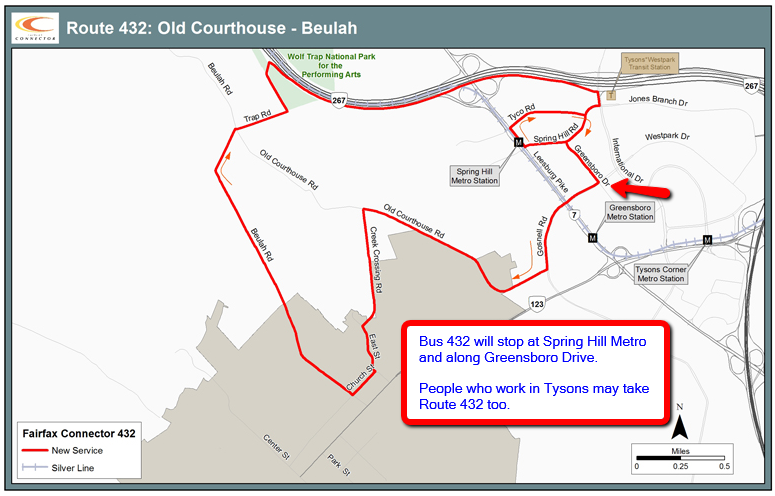 Fairfax Connector has recommended to the Fairfax County Board of Supervisors to take a vote on July 30, 2013 to support rush-hour-service in Vienna VA along the proposed route known as Route 432. After studying various options including altering the originally proposed route, and conducting multiple public outreach meetings, Fairfax Connector is recommending “Option 1” which is shown on the right. This route has the highest potential ridership serving over 1,000 homes.

To see the July 30, 2013 Fairfax County Board of Supervisors Agenda item, click here to view the pdf.

In my opinion as a Town of Vienna resident along Beulah Road and a real estate professional, I support rush-hour bus service to the new Silver Line which will run through Tysons Corner VA and consider it as essential. If it reduces 150 cars from the roads in Vienna a day, this rush-hour route will be a success. Vienna residents who can leave their cars at home (saving $4.50 a day) will also benefit from the 50 cent bus to rail discount credit when using a Metro SmarTrip card. People relocating to Vienna always ask me about public transportation to the Metro and I know these under-served communities will benefit with a yes vote on Route 432. 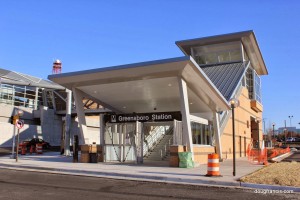 A new Metro station in Tysons

Here is a sample email:

Dear Members of the Fairfax County Board of Supervisors,

As a resident living in Vienna (or Tysons area), I ask you to vote in favor of Fairfax Connector Route 432. This route is important to making transportation work in Vienna and it is an effective way to reduce car traffic. I am also pleased to see that the county Department of Transportation is going to work with us to address pedestrian safety issues.

Fairfax Connector Bus UPDATE: Fairfax Connector has revised Route 432 after community input in Vienna. There will be a community outreach meeting at Westbriar Elementary School on April 22, 2013 at 6:30. All are invited to attend.

The new Silver Line Metro is scheduled to open at the end of 2013. It will start in Reston, run along the Dulles Toll Road and then pass through Tyson’s Corner along the Route 7 corridor.

A Safer Alternative along Beulah Road

Fairfax Connector traffic engineers can easily evaluate the superior condition of Beulah Road, especially when compared to the steep and curvy section of Old Courthouse which is in constant disrepair.

Fairfax County government and Fairfax Connector have scheduled Public Hearings on the Silver Line bus routes in Vienna. I plan to attend a meeting to propose this logical option to the planners.

Of note: Read the recent Washington Post article about DC having the nation’s worst traffic. “The real news in the report is the projection that traffic congestion costs will balloon another 65 percent by 2020 if we maintain the status quo. The number of hours of lost time will also skyrocket 55 percent.”