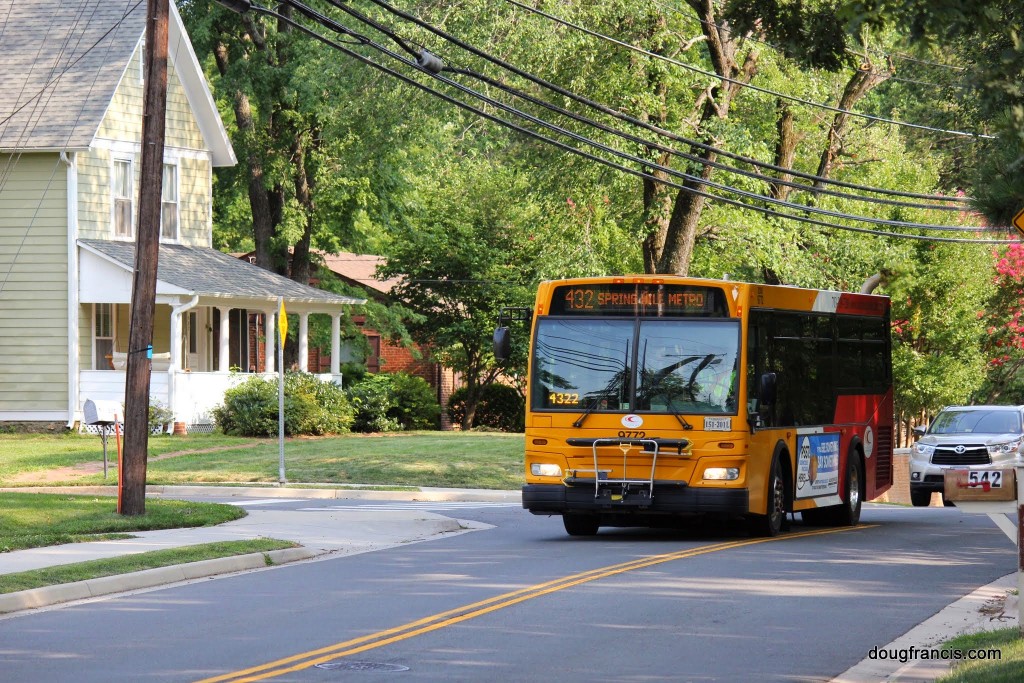 The 432 serves commuters to the Silver Line in Vienna Virginia

Over 1,000 homes in Vienna Virginia now have convenient access to the Silver Line thanks to Fairfax Connector Bus 432 which is running at rush hour through Town.

It runs five times in the morning and evening, about every forty minutes, and drops commuters off at the new Spring Hill Metro Station along Route 7. You can use your SmarTrip card or pay $1.75 in cash

A 2013 study by the American Public Transportation Association in partnership with NAR showed that real estate with easy access to public transportation gained appeal to today’s home buyers and, more importantly, maintained value during the study period 2006 to 2011.

Adding the bus to the new Silver Line extension of the Washington DC Metro System fits the intended build out appropriately at a time when people want a well planned, walkable lifestyle. Vienna benefits greatly and residents are able to remove vehicles from our over stressed roads by leaving their cars in their driveways.

Studies have shown that consumers are willing to pay more for housing located
in areas that exemplify new urbanist principles or are “traditional neighborhood
developments.” These neighborhoods are walkable, higher density, and have a mix
of uses as well as access to jobs and amenities such as transit. ~ APTA Study

The Town of Vienna has seen significant investment in real estate since the Silver Line project secured federal government funding in 2009. The timing was critical due to a severe economic recession that hit hard in the fall of 2008, and many smart homebuyers recognized the opportunity that had been created. Existing home owners really did not have to do anything since they essentially struck silver in the back yards.

This is an impressive side benefit for Vienna real estate owners, me included, who bought homes here years ago without the intention of having the added value of a “walk-to-Metro” location.

The long term impact of the Silver Line and Fairfax Connector bus 432 is yet to be seen. Parking restrictions may need to be enforced in certain neighborhoods, but the professional planners at Fairfax County were clear that most people don’t park illegally to take a bus. They will park illegally if they can walk to a Metro Station.

Ridership on this Vienna bus will also take some time to evaluate since older home owners will likely sell their homes to buyers eager to ride the commuter bus to the Spring Hill Metro to their jobs in Washington DC. It probably won’t be long before some smart Realtors promote this fact in their marketing brochures.

Yes, it sounds like real estate marketing but people buy still focus on “location” and are willing to pay a premium for the improved quality of life.