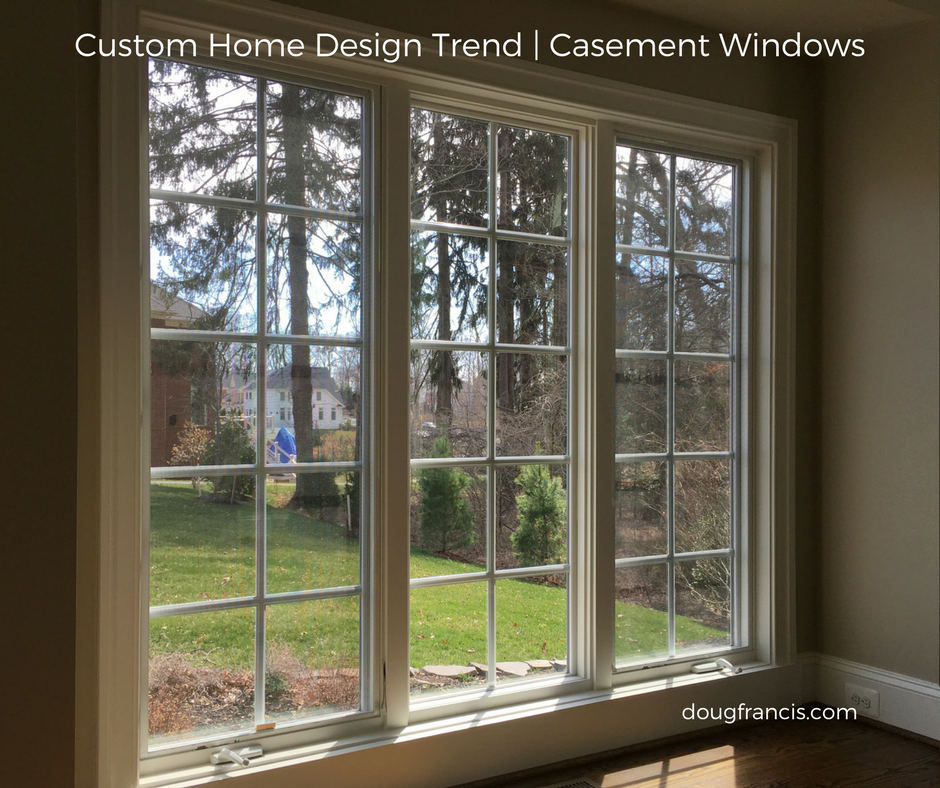 Windows must be a priority when designing a custom home, and a new home trend in Vienna is including casement windows to allow maximum light and glass area.

Most windows you see here are double-hung, where there are a top and a bottom window, and there is a latch in between.

Casement windows have been used in Europe as the standard, and they have gained favor here because they are often taller and more energy efficient. These windows have a crank handle, are hinged on the side, and often have a double lock to stay closed.

So, when they are closed the weather-tight seal is 100%.

The Washington D.C. metropolitan area goes through the four seasons which gives the area life and vitality.

Fall can be beautiful but be aware that hurricanes can hit D.C. Springtime afternoon thunder and lightning storms were upstaged by a Derecho which crashed into the area in 2012 crippling the power grid for a week.

Winters can be extreme with temperatures in the single digits for a week or two, and snowstorms dumping a foot or more at a time. 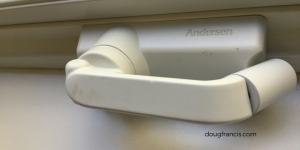 peratures can hold above 90 even at night. Originally people would leave D.C. for the summer, but today’s much more diversified economy means people are here year-round.

About two years ago, I bumped into a local Vienna builder and he made a surprising statement about not wanting to build another “craftsman style” home. He was bored of the design and found that other builders were building homes that looked identical to his product.

It was an interesting statement because the typical new home in Vienna was following craftsman designs. And old-school builders know, “you build what is going to sell!”

Today, I can drive you by a number of his custom homes that are architecturally different. Distinct designs that stand out from the pack and sell at a premium because his clients know there is a difference.  I have noticed that he started using more casement windows which added to his unique custom designs.

Small architectural changes like using casement windows can deliver a fresh look to an over-copied home design. Especially in custom homes in Vienna where prices are now around $2.0 million, it is imperative to be open and creative with your custom builder, designer or architect.

The benefits are greater long-term value, beauty, and energy efficiency.