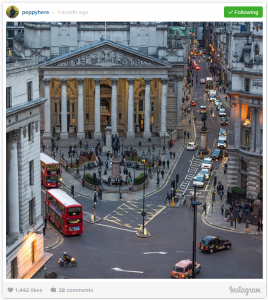 For years clients have asked me about refinancing their mortgages, or called to tell me their great new rate.

But, when the conversation turned to what my interest rate, they were typically amazed that my rate was below 3%.

So, how did I get that rate?

For the past decade I have used an ARM on my house in Vienna. Yes, an Adjustable Rate Mortgage. Most people tend to shy away from ARMs since the rate can adjust every year, but it made financial sense to stay with it since the 1-year Libor rate that it was tied to trended downward for six years.

My mortgage was fixed for 5 years, and then used a calculation each March based on the 1-Year Libor Rate published in the Wall Street Journal. The new rate would then add 2.25% to determine my rate for the year.

Let’s look at the chart over the last ten years:

Libor is the London Interbank Offered Rate. Yes, London England. “Pip, pip, Cheerio Ol’ Chap!” This ten year chart shows how volatile the rate can be often the adjustments can over only a few months.

See how the chart shows how Libor essentially dropped like a stone in late 2008 and early 2009 when the Federal Reserve dropped their short-term rate in an attempt to stimulate the economy. And as a result, my mortgage rate has stayed around 3% for years.

Unfortunately, short term rates have been increasing over the last six months, and I have been watching the 1-year Libor closely thinking about making the switch. And ultimately, the obviously smart decision was to refinance my Libor ARM mortgage.

Long-term rates have remained steady, and I have decided to lock into a new 30-year fixed rate at 3.875% with the same lender.

This maneuver does extend the length of my mortgage, but I have always subscribed to the financial concept that long-term mortgages at super-low rates make financial sense. Since money sitting in your house as home equity isn’t gaining against inflation, it is best to leverage that money and place it where it can grow such as in an IRA in the Equity Index 500 Fund at T. Rowe Price. Your IRA would have had an impressive average total return of 12%.

My point is that money stuck in your house would have lost value thanks to inflation.

If you have an mortgage tied to the 1-year Libor then it is smart to consider refinancing your house too. Start with your current lender.