Saving money is always why people want to start the hassle of refinancing. And with today’s fixed rates around 5%, I get calls and e-mails from past real estate clients with questions about their options all the time. It is nice to be considered their go-to guy when it comes to real estate questions, and now you too shall know the big refinancing secret strategy…  as long as you live in Virginia and are looking at your current mortgage statement.

In Virginia, it is essential that you start with your current lender.

Sure, but Doug, the Internet is full of better looking deals than my lender’s web site, you may be thinking to yourself. That may be true, but the Internet is sometimes filled with people offering too-good-to-be-true deals. Don’t get me started on this topic right now because I will cover that issue later.

Again, in Virginia, if you refinance with the exact same lender then there is a“recordation tax exemption” for the mortgage. In my case, that would be about a $3,000 savings right off the bat! For those of you with a legal background or curiosity, you may reference Â§58.1-803 (D) of the Code of Virginia.

Bet this sounds like a good idea for those of you looking over those Truth-in-Lending Estimates right now. Everyone loves to skip paying taxes on anything if it is allowed by law, that’s the American way. But watch out for those pitchmen who say they can pull off that exemption because if it isn’t exactly the same lender then you may be going to jail for six months and paying a $1,000 fine. That will screw up your security clearance!

The refinance needs to be with the exact same lender. It has to do with being the same legal entity and subsidiary mortgage companies do not qualify. A “Division” of a bank does qualify. What?

Here are some direct examples from a recent letter from the Clerk of the Fairfax Circuit Court (3/12/09): [document removed from site]

Other examples of transactions that DO NOT qualify for the same lender exemption are:

4. The payoff statement shows that wired funds are to be sent to X bank for further credit to Y lender. If Y lender is different than the lender providing the refinance loan then it is not a refinance with the same lender. We have found this in Bank of America/Countrywide refinances. The Countrywide payoff statements instruct the settlement agent to wire the funds Bank of America and to further credit MRC. MRC is MMA Realty Capital. They are an investment firm. According to our research, MRC is the current lender, not Countrywide. Countrywide appears to be servicing the loan for MRC. This would not qualify for a refinance with the same lender exemption.

Why does the Clerk care so much about this issue? Because the Clerk may be personally liable for the uncollected money!

So now you know a little inside secret. If you are starting to look into refinancing then contacting your current lender is a must and absolutely the first call that you should make… and do your homework to make sure it is the same legal entity.

The law firm McGuire Woods LLC posted a legal update on Refinancing with the Same Mortgage Lender in Virginia which is also worth reading. By the way, I have no professional relationship with McGuire Woods… I just thought it was well written.

I am looking for comments from readers who have tried to refinance and their experience… successful or unsuccessful. It may help the next reader! 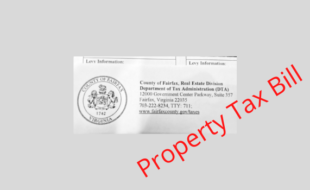 Budget, budget budget. Every year, the Town of Vienna, VA, and Fairfax County approve budgets for the year. The amount charged for property tax (real estate) typically will change because the tax rate can fluctuate as can the Assessment. Property Assessments are calculated each year by the Fairfax County Department of Tax Administration using the […]

I have unique knowledge of digital real estate marketing, and my marketing starts here. My elite clientele has been attracted to my results-oriented strategy for years, and I am accepting new clients now.