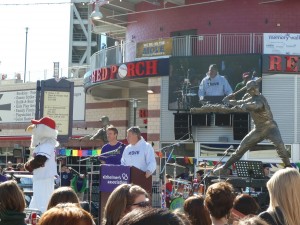 You can still donate until November 30th to help reach the Alzheimer’s Association goal. They are now 50% there!

On Saturday October 2nd, 2010 at Nationals Park in Washington, D.C., I will be participating in the 2010 National Memory Walk to support the Alzheimer’s Association, and I need your support. Whi

le many teams have had months to prepare or a corporate PR department employee working on it, this came across my radar screen just a few days ago so I am doing a 10-Day-Sprint and really need your support!

Why Doug Francis is participating in The 2010 National Memory Walk

It was in February, 2001 when I had my first experience with early Alzheimer’s surfacing in my father.

I had picked him up at BWI airport after a quick trip from Providence. It was my son’s birthday and he had made a special trip down to DC for the birthday party.

He was very stressed about getting his bags at the airport(which seemed normal), and then we drove to my house in Vienna, VA and had a nice afternoon, dinner and cake. 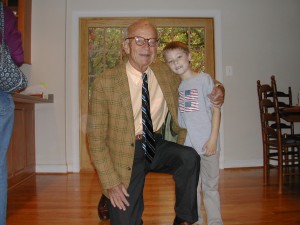 As my wife was putting my son to bed, Dad and I watched some TV and he fell asleep on the couch. After a half hour, I woke him up and suggested we “hit the hay”.

For the first time, he looked at me and asked where he was?

When I told him he asked, “how did I get here?”

The whole day had been wiped-clean from his mind, and he was scared because he knew that his mind had “pulled a trick on him.”

Having read about “sundowners”, I understood that I needed to be patient and assuring.

I remember that day like it was yesterday, and that is why I am asking for your help and support. Most teams have had months to raise money for the Washington D.C Memory Walk on October 2nd, but I am doing the 10-DAY-SPRINT!

Support Walking4Dads by joining our team as a walker, or by making a donation right now.

If you would like to join me as a Walking4Dads Team Member, then let me know at doug@DougFrancis.com and I will be excited to walk with you!